In the same year, after obtaining the distributorship of German companies, began importing office copiers and their materials,

Nationwide aftersales service was provided for the machines that were sold,

The company abandoned its distributorships in '79 Foreign Currency Crisis,

Omak initiated its manufacturing activities in 1980,

Omak LLC moved its production to its own facilities in 1986,

1995 onwards, its product range has expanded,

In 2003, an R&D department was set up within the company and industrial heaters, which have never been manufactured in Turkey before, began developed along with the proper heating control devices.

Today, Omak supplies hundreds of different products to national and local market chains in addition to its exports to more than 20 countries in Europe, Asia and Africa. Omak also engages in import activities as well. 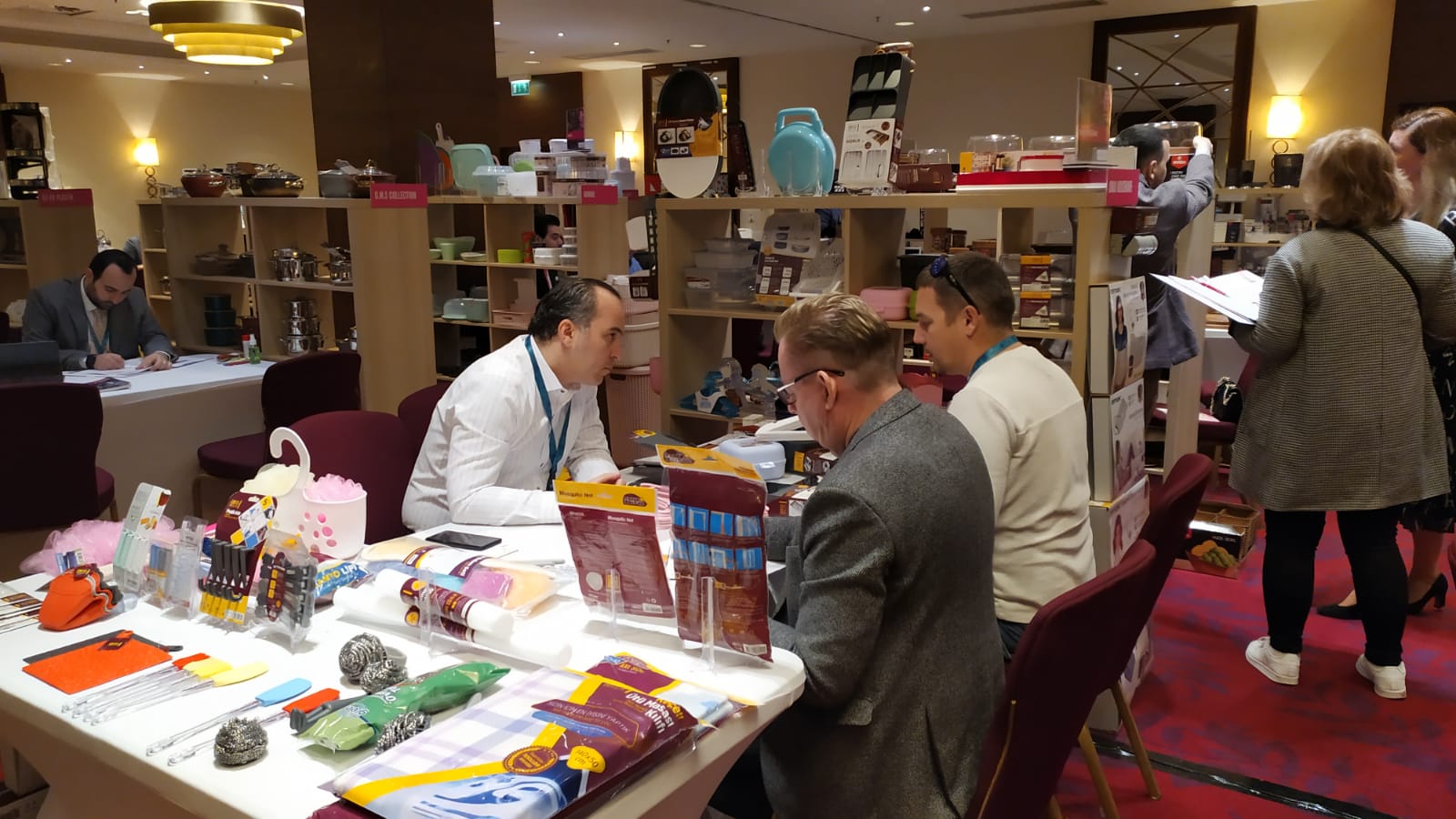 Omak Houseware met its current and prospective customers during the Invitation Only Europe Poland 2022, organized by EVSID.

Omak Houseware met its current and prospective customers during the Invitation Only Europe Poland 2022, organized by EVSID.

Omak Adds another partner and destination to its portfolio.

Omak adds another destination to its existing export countries. A new partner company in U.K. receives its first shipment of goods yesterday.

As OMAK Family, We Celebrate Your New Year

We, as the entire OMAK family, celebrate your new year together with our secret heroes behind our products.

Omak, without slowing down, continues its export operations

Omak Houseware, which entered the new year with the goal of charting new markets and horizons, continues its export operations without breaking pace. The very first shipment of the new year was made to the West African Nation of Ivory Coast.

The esteemed visitors of the Host Istanbul Trade Show,

We would be glad to join you during our live stream on Instagram. Hoping to meet you on 17.04.2020 at 15:00 to showcase our new products and to present our company to you.

Our factory was disinfected within the scope of the measures, taken against COVID - 19

Omak Ltd. Production Facilities and the downtown offices began being disinfected as of 21.03.2020 by the authorized sanitation team within the scope of COVID - 19...

The Ambiente Fair, which will continue between 7-11 February 2020, has started.

We will be at Ambiente Messe Frankfurt Fair.

07th-11st of February 2020 We will be at Ambiente Messe Frankfurt Fair.

We are at Hong Kong Mega Show Exhibition

Our company will attend to the Hong Kong Mega Show Sourcing Exhibition on 20 th- 23rd of October 2019 at is booth 3B-E13.

Our company conducted its annual fire drill and emergency evacuation exercise on August 20, 2019 with success.

In Prague we are at the Invitation Only Europa Sectoral Trade Show.

In Prague we are at the Invitation Only Europa Sectoral Trade Show.

Mrs. Yonca Gunduz OZCERİ, the Ambassador of the Republic of Turkey in Abidjan, came to our booth and recieved information regarding our company and products.

In order to promote the Barrel and IBC heaters, commonly used in manufacturing industry, and to establish face-to-face communications with our esteemed customers, we attended the WIN Eurasia Trade Show in on March 14-17, 2019.

3. Turkish Housewares by Invitation Only

We participated in the B2B event attended by 65 different companies from 42 different countries between 14-17 November.

We would like to thank you for your kind interest to our booth at TURKCHEM “International Chemical Industry Exhibition”, held between November 8-9-10, 2018.

We would like to attend to TURKCHEM on November 8-9-10, 2018 to meet our esteemed customers.

Our Company, Omak Makine Sanayi, was undergone the social compliance audit, conducted by Intertek Turkey on behalf of Metro Gross Chain Markets on 22.09.2017 and passed the audit successfully.

We had a nice interview with the Elektric World Magazine for their April Issue. You can find the full interview here.

OMAK LAB Brand was has been registered

We registered this trade mark for the purpose of coding them under OMAK LAB label.

We attended to WIN EURASIA fair

WIN EURASIA Fair has started and we are at the Tuyap congress and exhibition center from March 15th to 18th.

We have successfully closed the FIT'2018 FUTURE INDUSTRIAL TECHNOLOGY FAIR.

The Stars of the Industry

The General Manager of our company, Mr. Galip ÖZ was appeared in the TV show "The Stars of the Industry", broadcast in TGRT and which is aired towards the elite industrial companies of Turkey.

Our Company, Omak Makine Sanayi, was undergone the social compliance audit, conducted by Intertek Turkey on behalf of Metro Gross Chain Markets on 22.09.2017 and passed the audit successfully.

Omak Makine has received the CE certificate issued by Intertek, one of the most respected test and certification organizations in the world for its electric blankets.